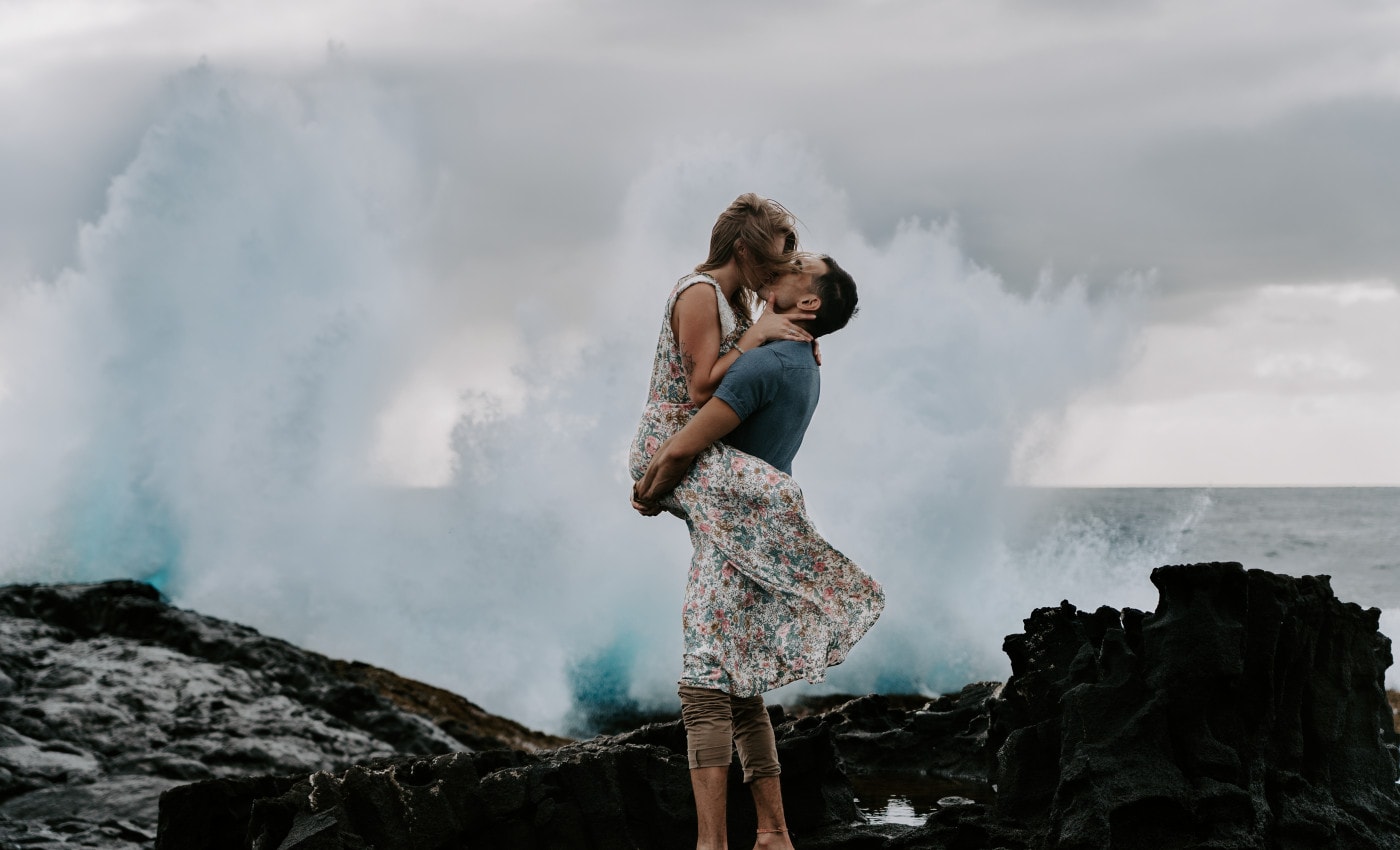 As elopement photographers based on the Big Island of Hawaii, Ryan + I are always looking for new locations to photograph couples. We love this island so much and enjoy finding hidden gems throughout the Big Island to capture intimate elopements, weddings, or adventure sessions.

For Courtney + Sebastian’s photoshoot, we knew we wanted to shoot on the southern part of the island because that’s where Court + Seb were staying in their AirBnB. We knew we would be waking up at sunrise to meet them, so we decided to camp the night before at a beach close to where we were meeting them rather than drive the two and a half hours from Waimea.

We were supposed to wake up around 5:30 am, but I was up and ready to go at 4am. My internal body clock was too excited to wait. Ryan + I were extremely excited to be on the other side of the Big Island, because it’s rare that we get to photograph couples on that side of the island. We met them on a beautiful cliff side as the sun came up.

As the sun rose against the horizon, we captured Courtney + Sebastian’s love story as they danced to indie tunes we had playing in the background. It was like it was straight out of a romance movie! After our time against the cliffside, we decided to take Court + Seb to another location that we love along the coast where there are shallow tide pools and huge crashing waves that make for the most epic photos.

We had such a blast with these two and cannot wait for the next elopement that we can capture on this side of the Big Island, because it is literally unworldly! Check out the rest of this adventure session with Court + Seb! 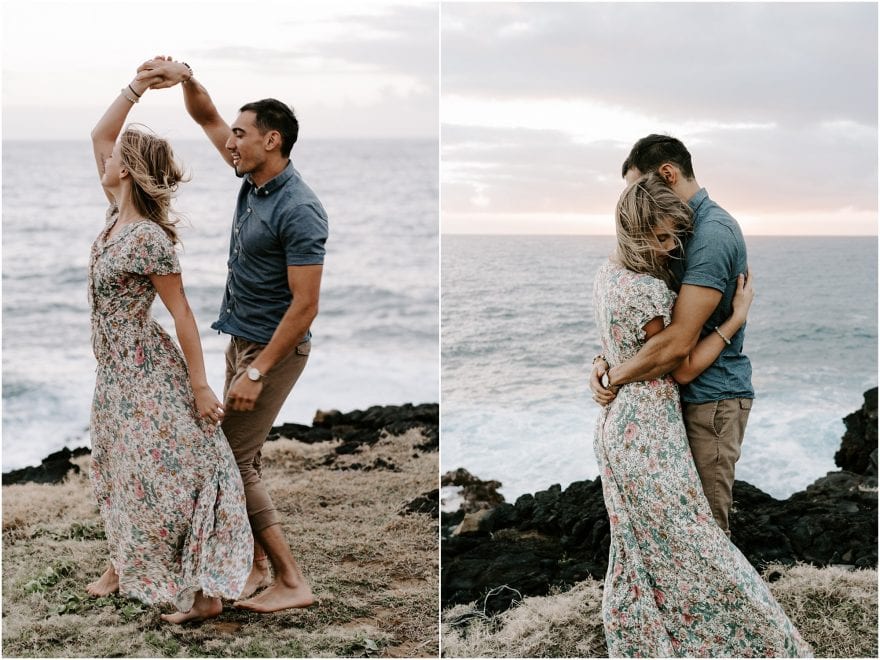 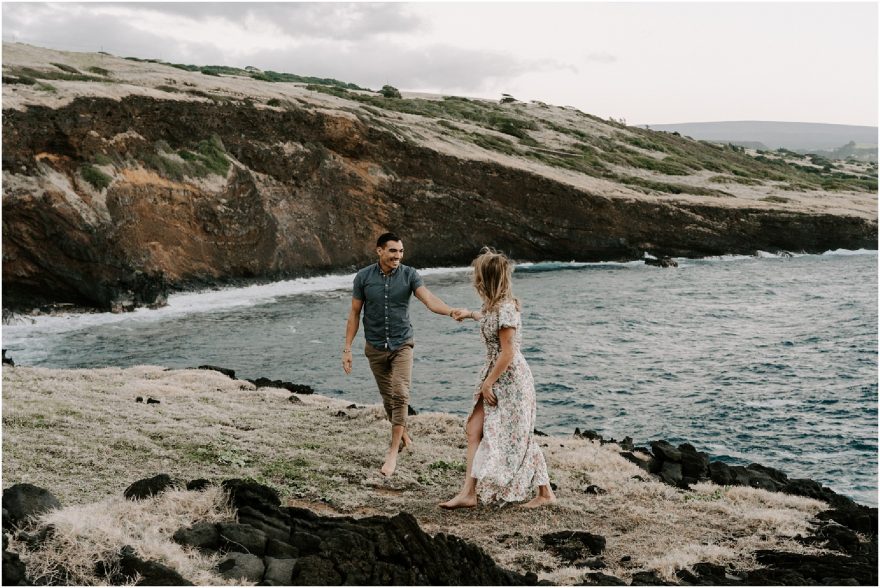 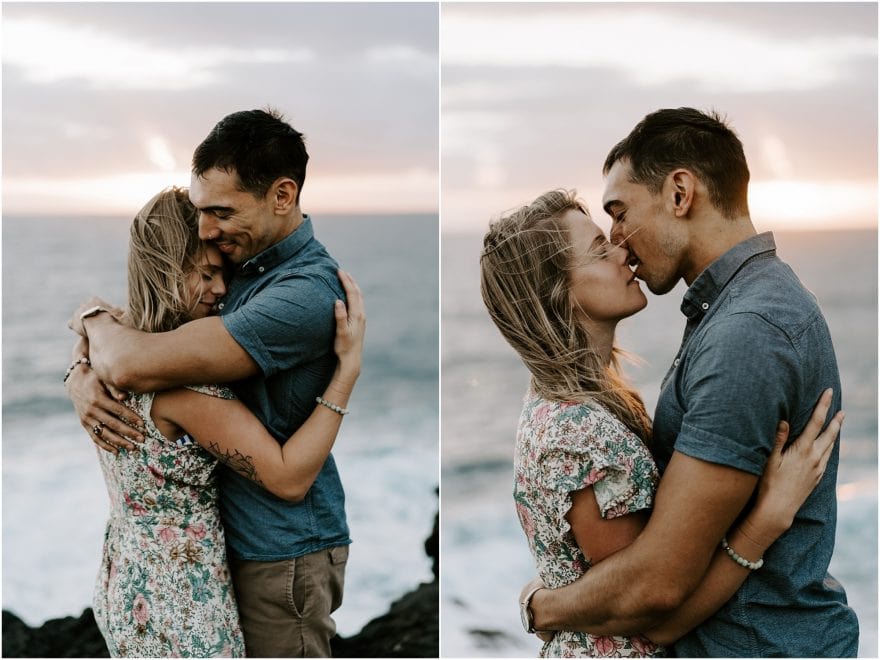 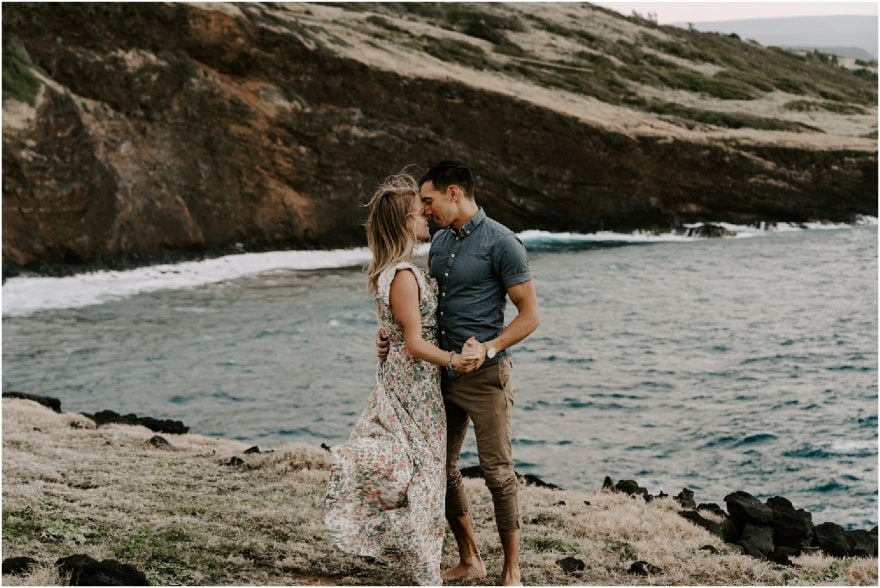 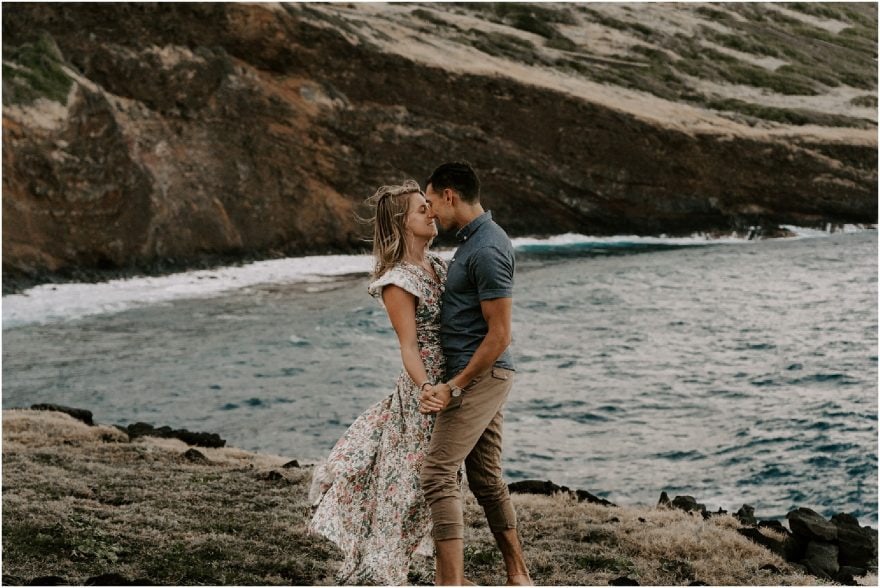 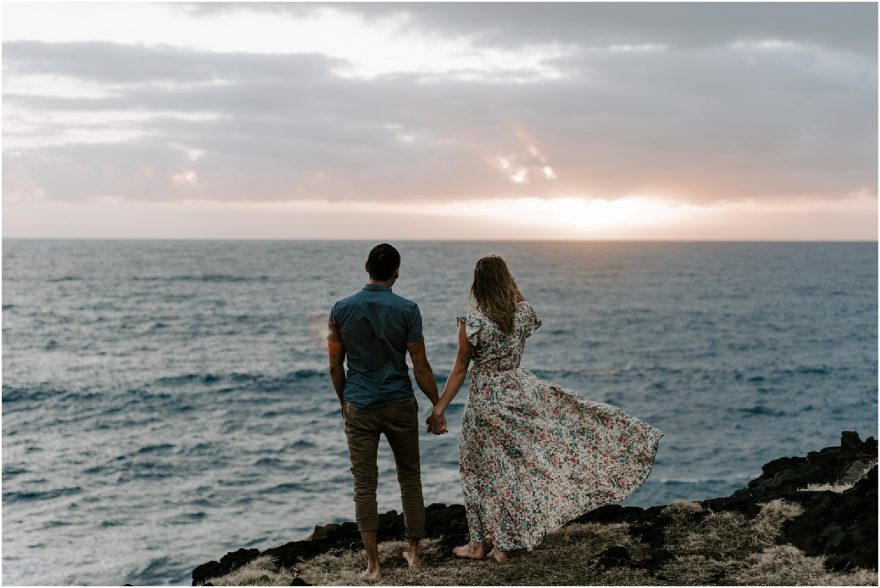 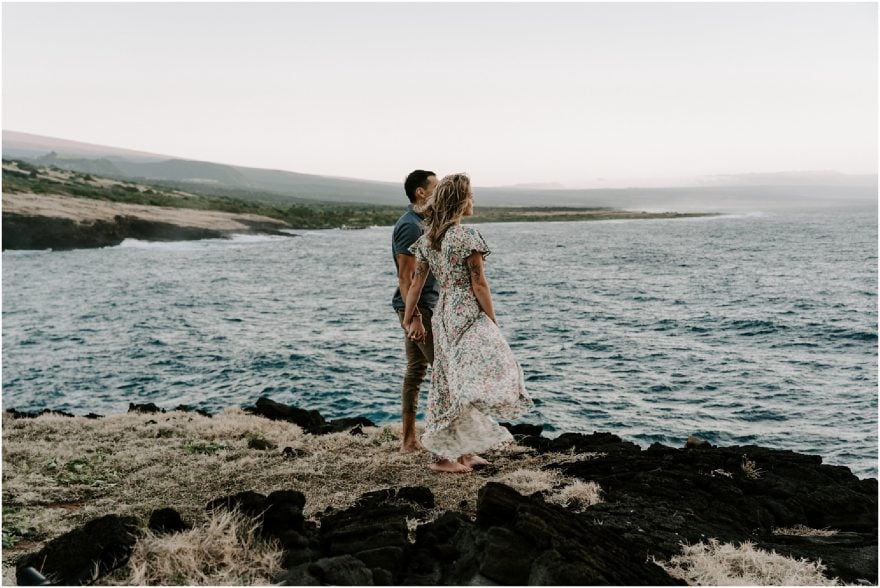 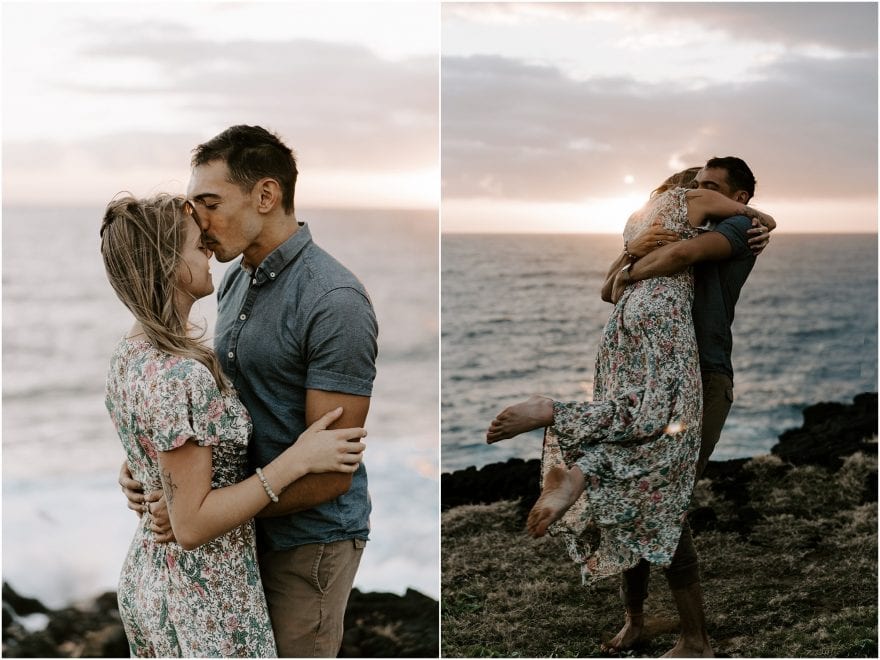 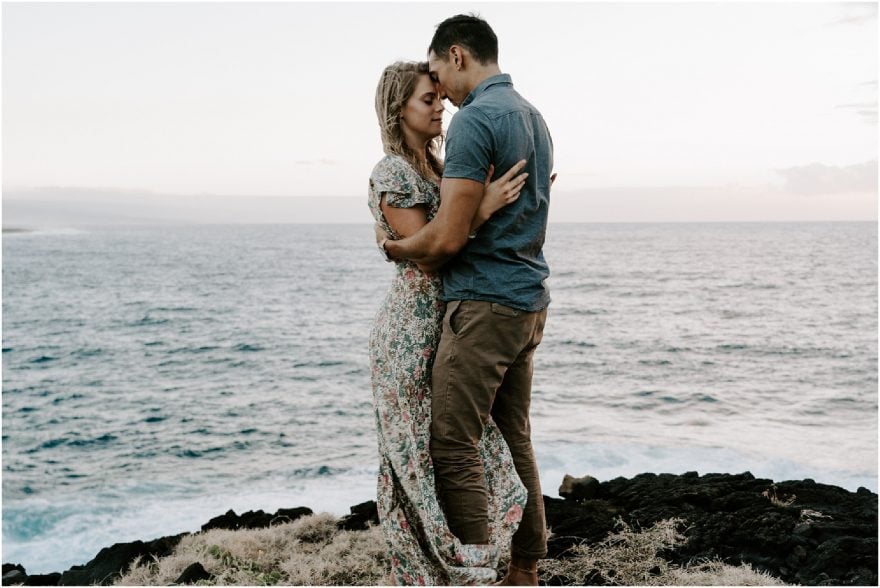 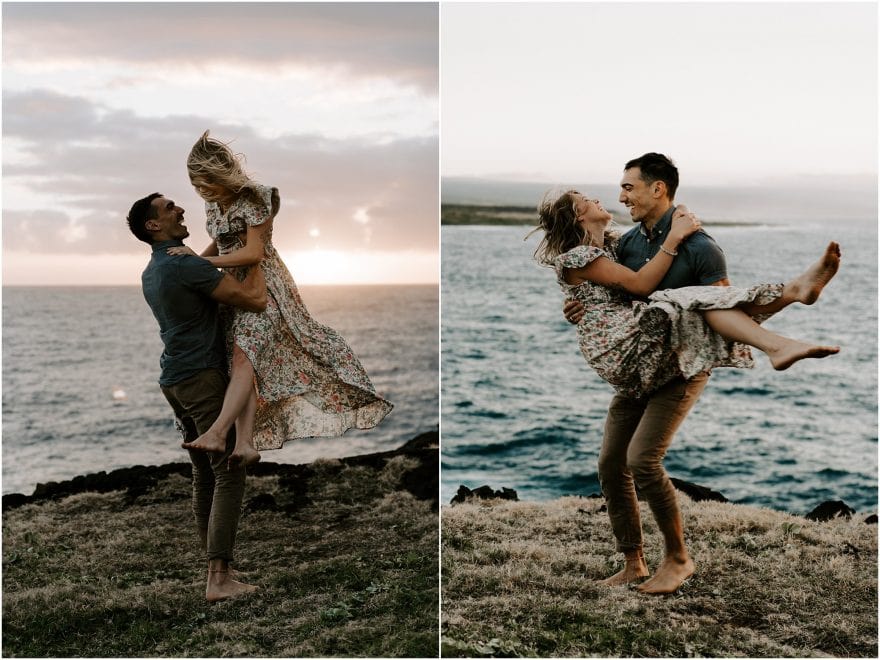 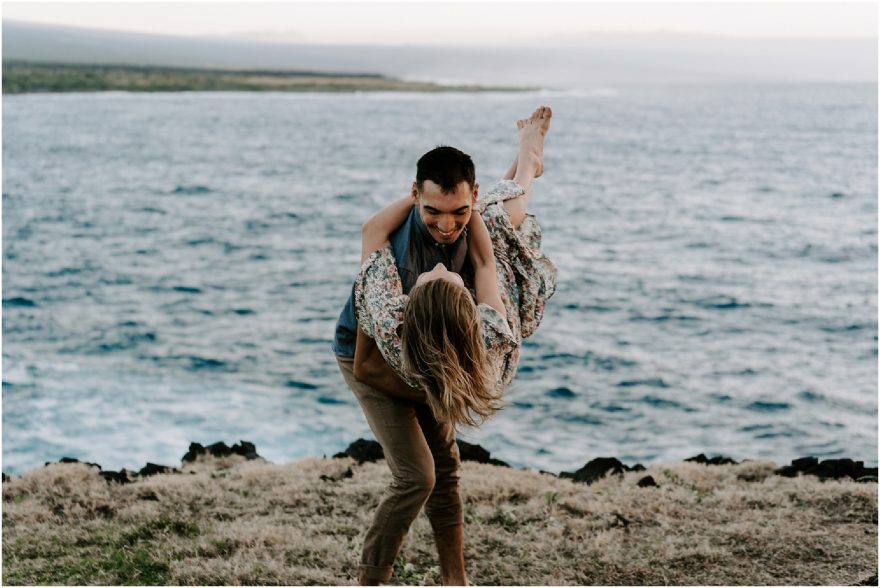 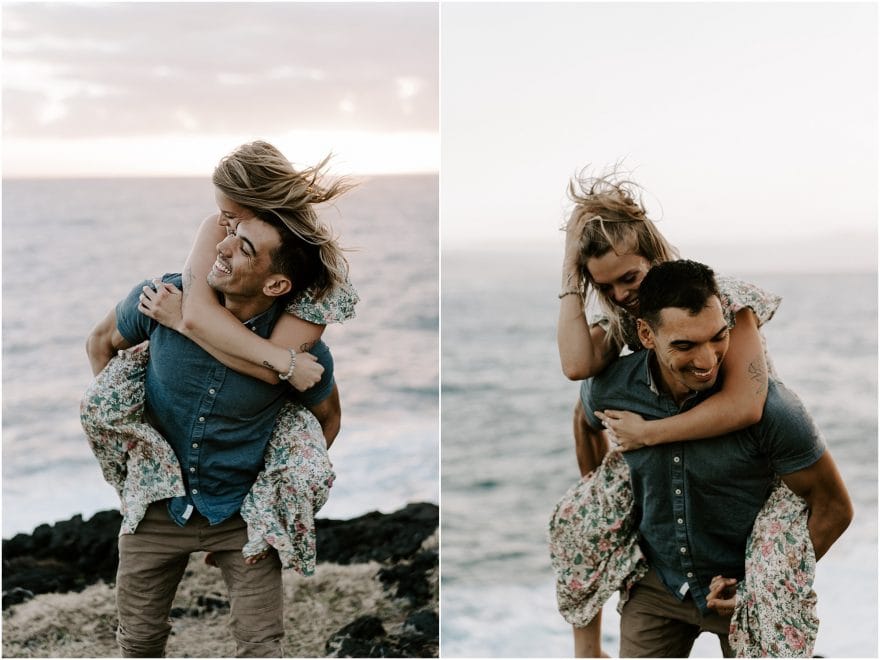 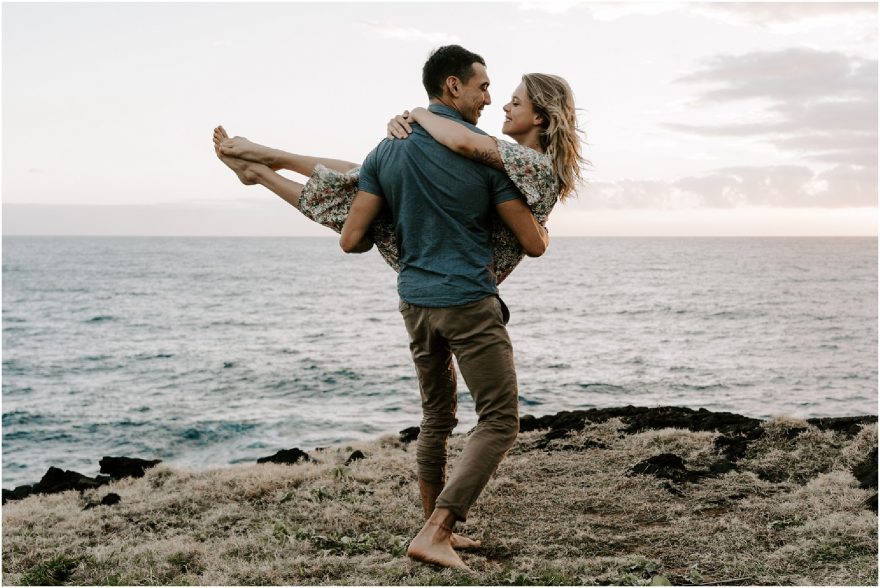 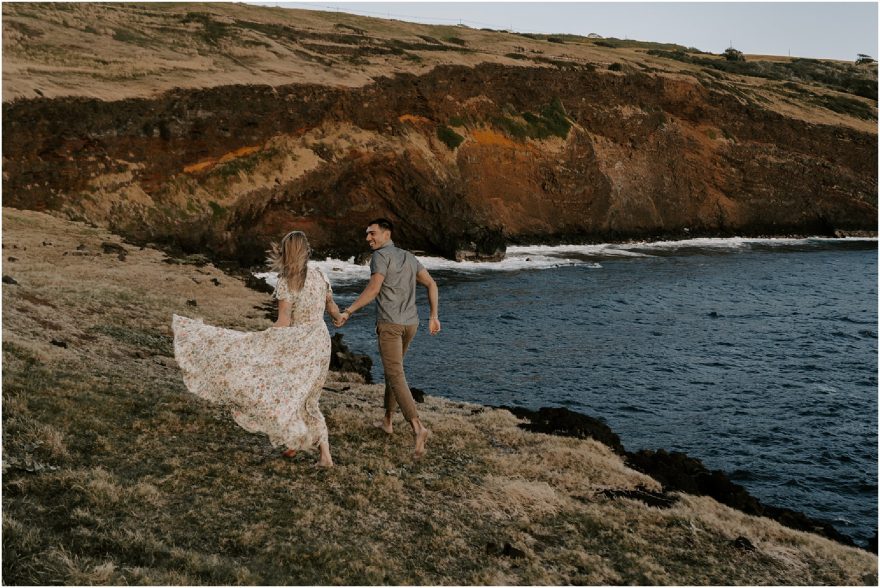 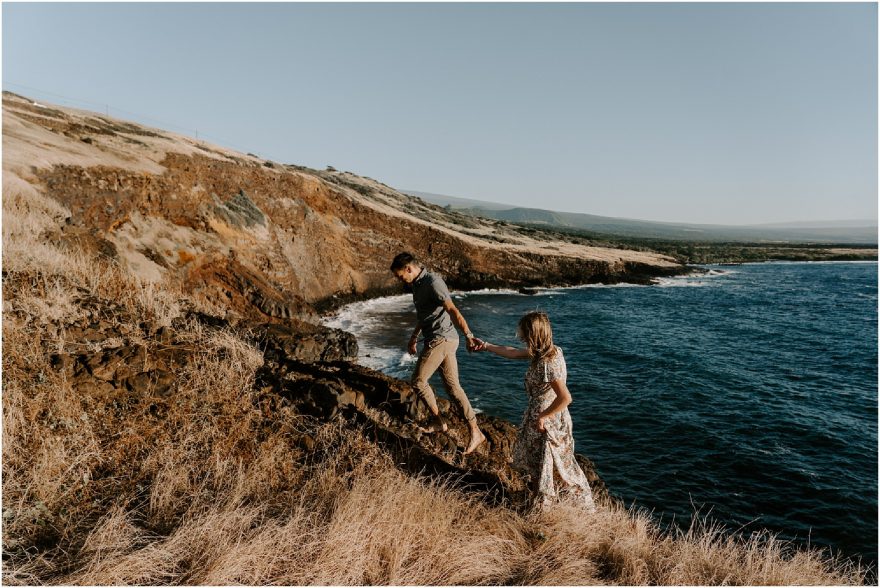 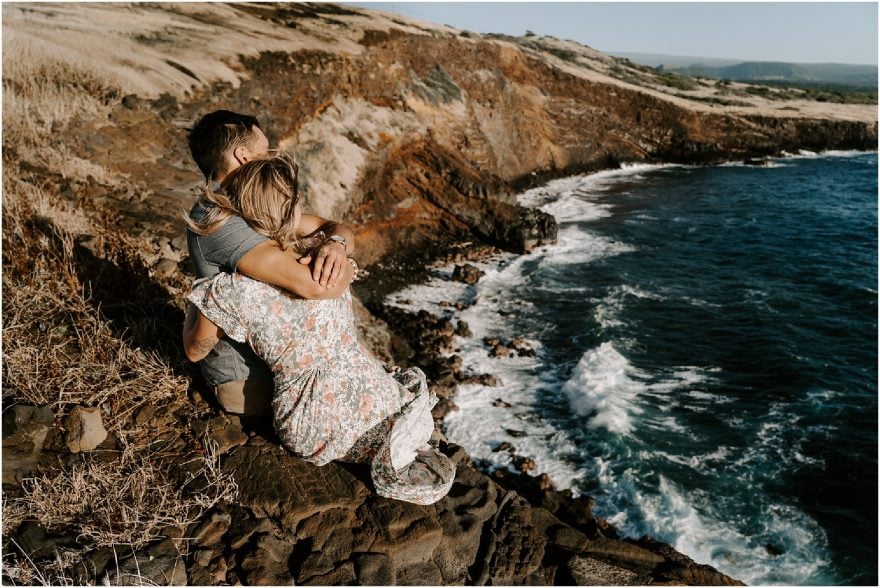 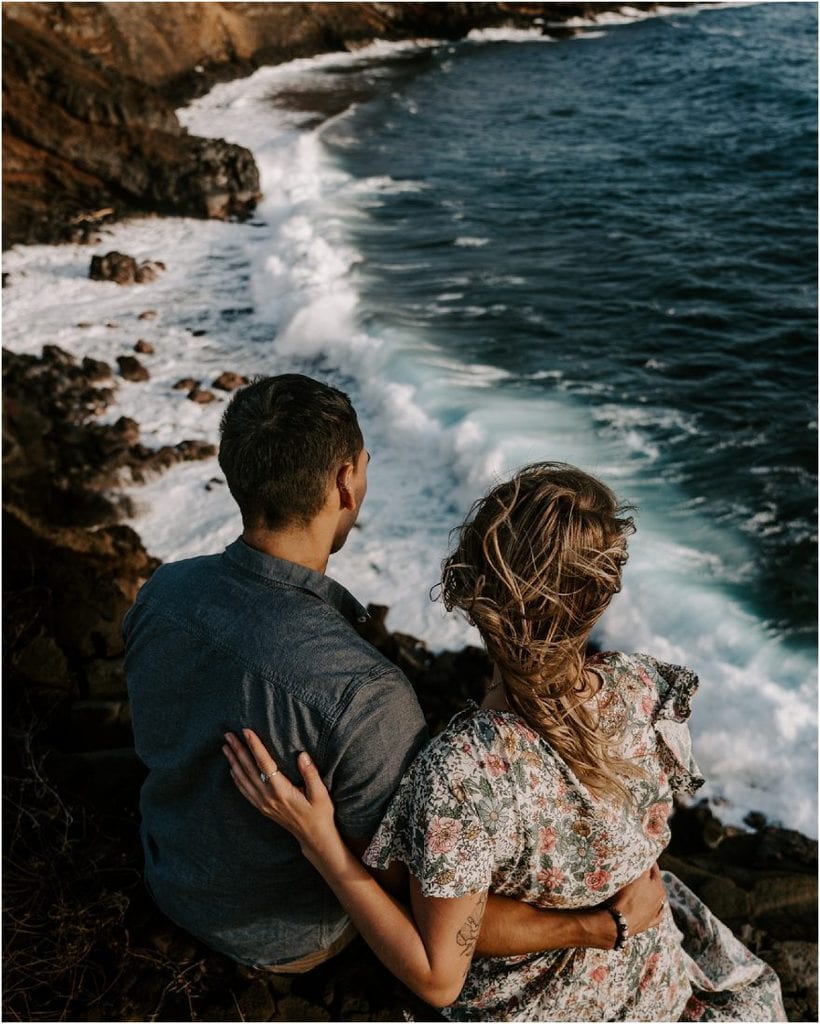 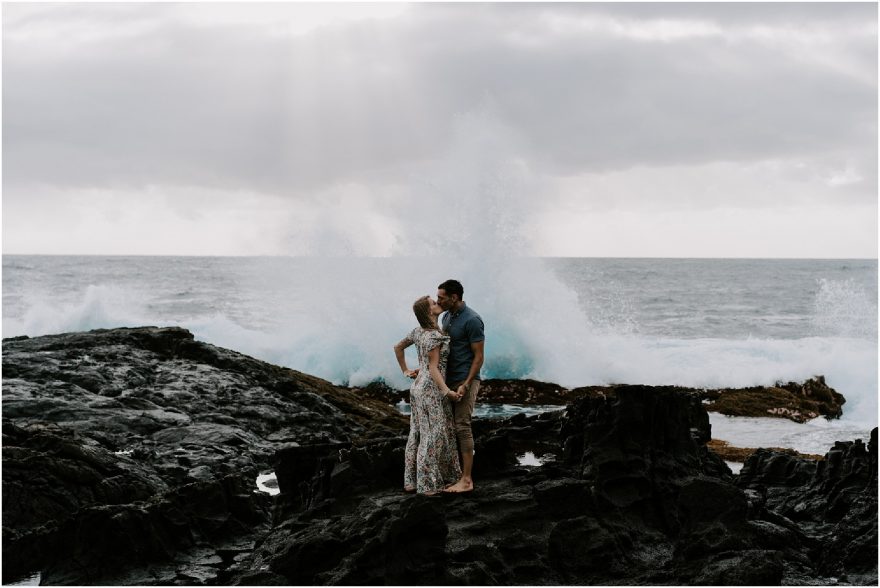 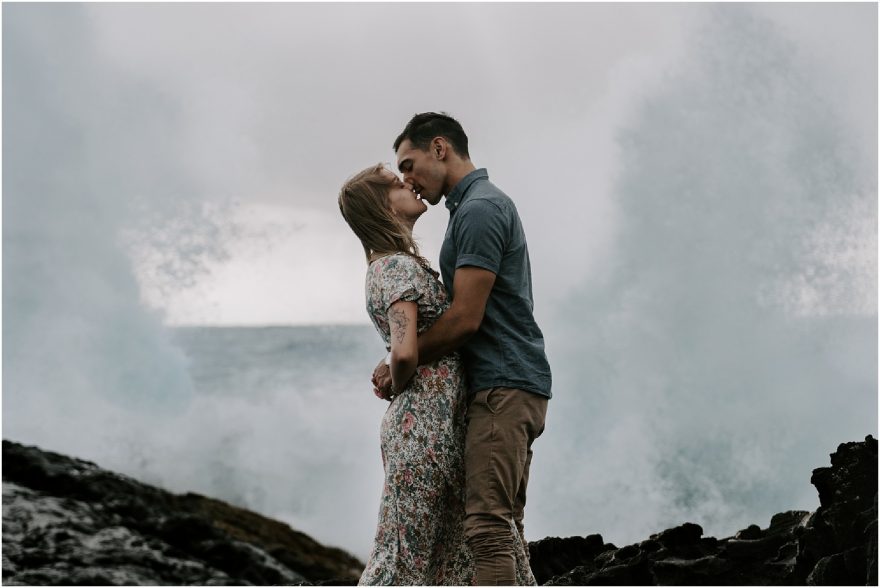 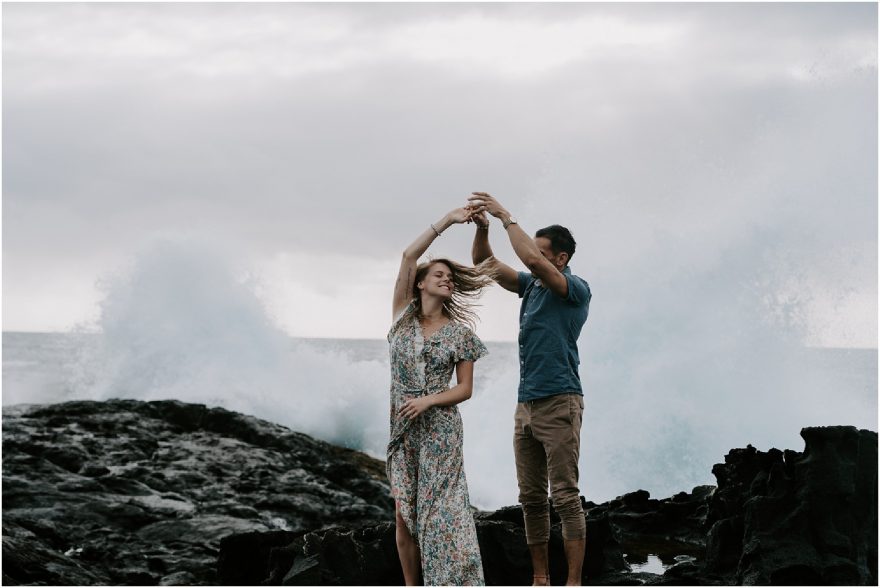 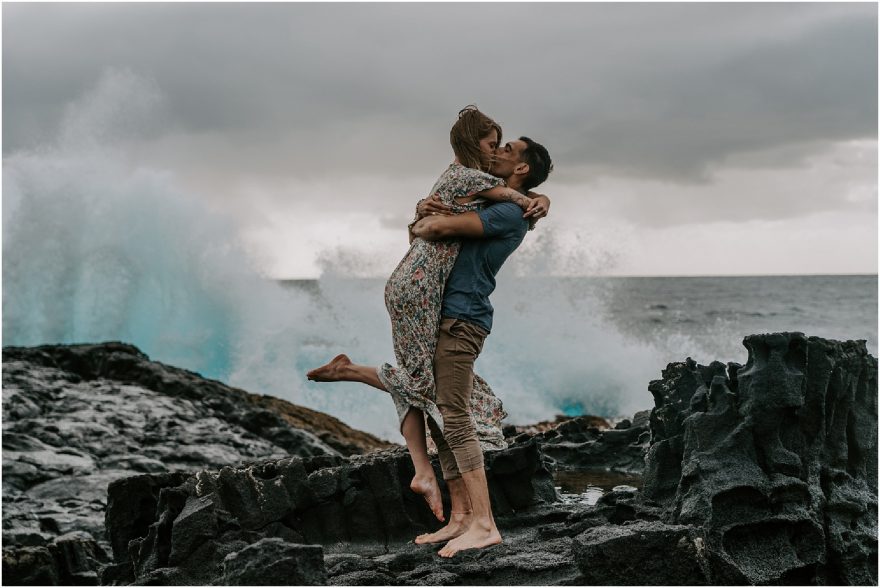 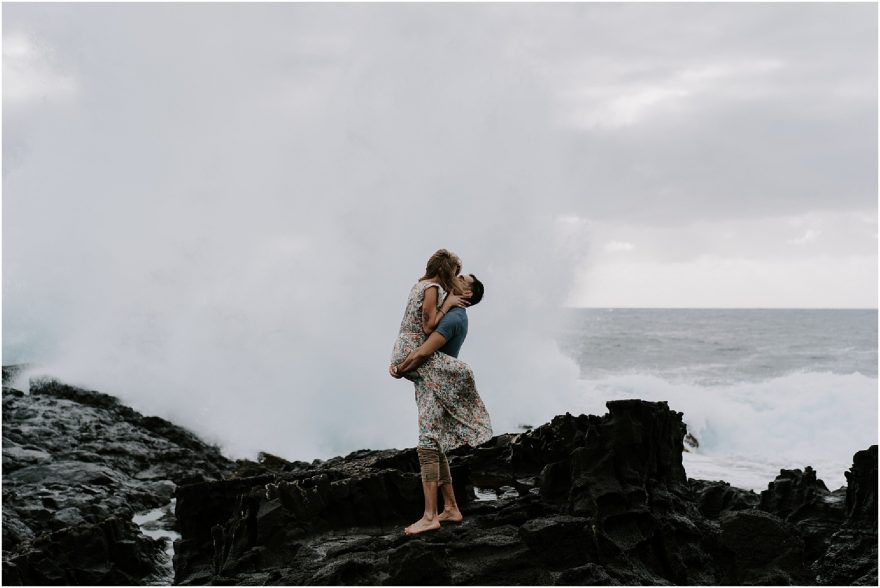 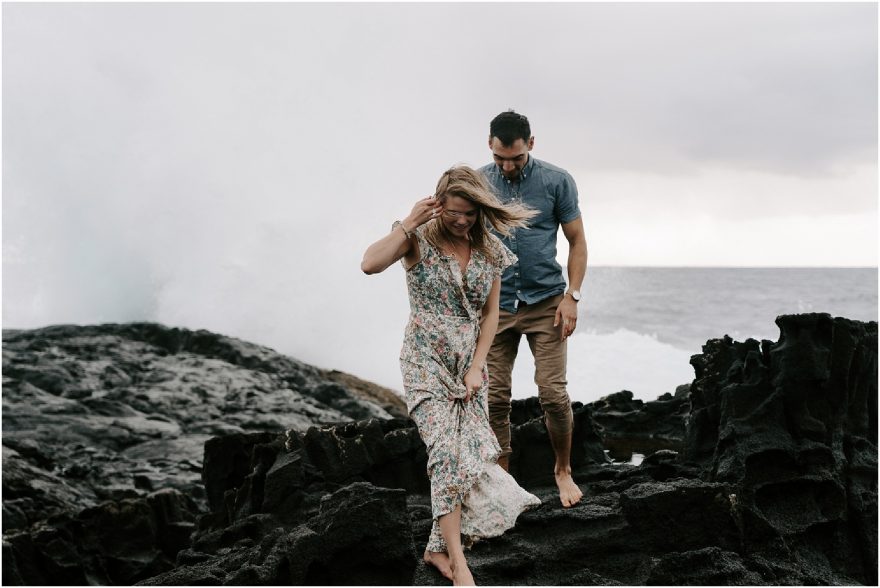 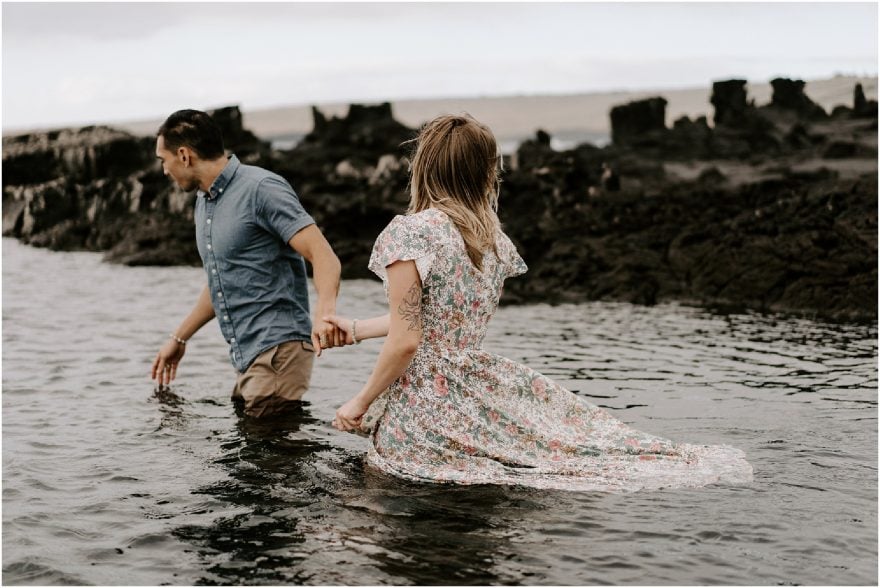 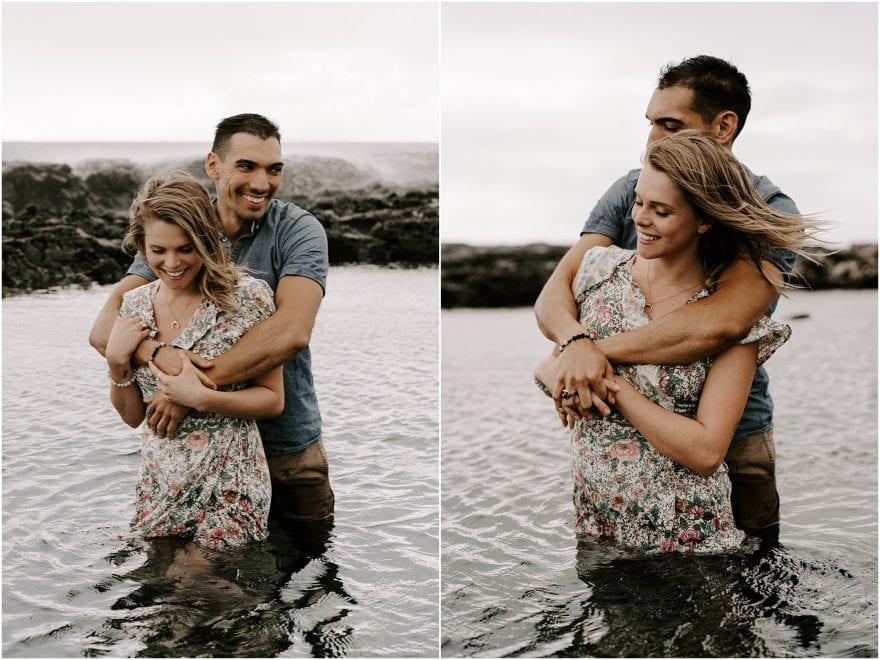 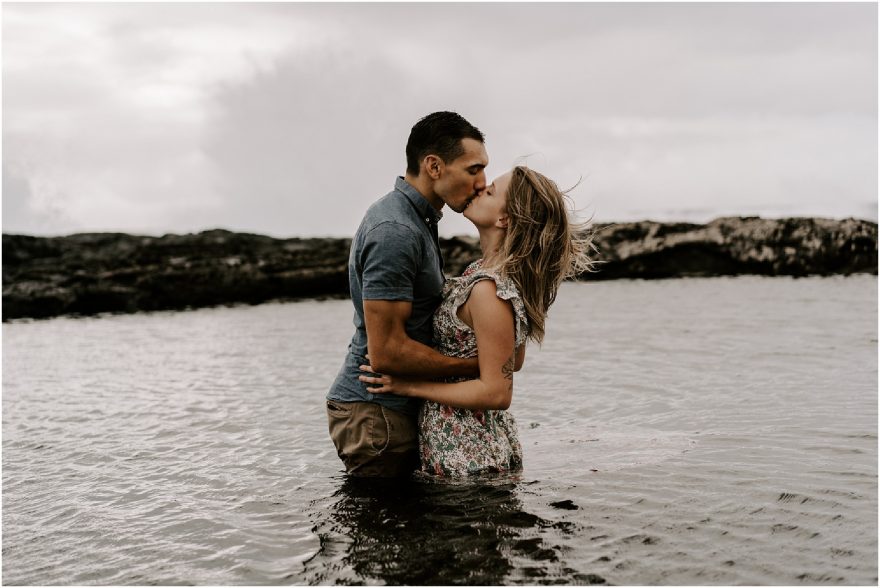